Whenever one sees a marriage fall apart due to adultery, one of the first things one hears is, “And I thought they were so happy!” Often, we tend to assume that couples torn asunder by an affair must be secretly in felt turmoil for years. More importantly, we assume that those of us who are happily married are then protected from the same crisis. In a provocative new article, a marriage therapist argues against these assumptions. She argues that a happy relationship is no guarantee against vow-breaking. I think she might be on to something.

In the October issue of The Atlantic, Esther Perel looks back on the scope of her counseling encounters with marriages in crisis over infidelity and notes how rarely she sees adulterous people who cheat out of a desire to flee a bad relationship. Often, she writes, it’s just the opposite. She encounters people who want to keep their marriage, the way that it is, and who don’t actually want to leave it for the other relationship.

In certain ways, Perel’s argument is wrong-headed. Most importantly, she sees adultery in almost exclusively therapeutic rather than moral terms. That aside, her larger point tends to line up exactly with what I have seen in thousands of cases of pastoral intervention with marriages in crisis over adultery. The affairs are usually not about a lack of happiness or a lack of sex. There’s something else afoot.

Perel notes that many of the “other partners” chosen by adulterous mates are not at all the sort of person the cheating spouse would ever want in a life companion, noting the example of a straight-laced woman who recognizes the cliché of her affair with a tattooed motorcyclist. What’s at work is not a quest for a better lover or a better spouse but for “the unexplored self.” An affair is not about orgasm, she contends, but about nostalgia.

The person who cheats is often looking to reconnect with the person he or she once was, before the daily responsibility of working a job or maintaining a household. This is especially true in the era of social media where, so often, affairs begin by “checking in” on someone from high school or college or a previous workplace. The issue is not so much that the person is pining for this old connection as much as the person is pining to be the person, again, that the old connection once knew. The question is: “Am I still the person I was back then?”

Here, I think, she is exactly right. A common theme I have found in adulterous affairs is that the one cheating is almost always seeking to recapture the feeling of adolescence or young adulthood. For a short period of time, the person is swept up in the drama of “I love you; do you love me” romance, without all the burdens of who is picking up Chloe from school or what day to put the recycling bin out at the curb or how to budget for the mortgage. The secret lover seems to make the married person feel young or “alive” again, until everything comes crashing down. The person is usually not looking for a sexual experience but for an alternative universe, one in which he or she made different choices.

She is also quite right that often our ideas and expectations of what makes a marriage “happy” contribute to the adultery. We are told to expect “the One” to meet every need of self-fulfillment. We restrict ourselves from having sex with others, she notes, not out of a sense of moral duty but because we have found the one who will make us happy. Happiness, though, in our imaginations is not how what happiness actually is. “We have conjured up a new Olympus where love will remain unconditional, intimacy enthralling, and sex oh so exciting, with one person, for the long haul,” she writes. “And the haul keeps getting longer.”

The best, most secure and stable marriages I know are not typically those that seem “happy” in the sense of self-actualization. They are instead those marriages in which, often through deep suffering, the husband and wife model self-sacrifice and care for the other. Like Christ and the church, their one-flesh union is forged not through demands for the other to meet needs but through a sense of common purpose. In those healthy marriages, one spouse does not look to the other to provide identity. Instead, both spouses find an identity in Christ. My life is not imperiled by comparison with other marriages or with my idealized younger life because my life is hidden in Christ. This gives the freedom to love. And, over the long run, this gives the sort of freedom in which there is the ability to take joy in the wife (or husband) of one’s youth.

A couple, even a Christian couple, should not assume they are immune to infidelity because they love each other, because they are happy, or because their sexual acrobatics are frenzied. The devil knows the way to take one down is not through a deficient spouse but through a deficient self. “Sometimes when we seek the gaze of another, it’s not our partner we are turning away from, but the person we have become,” Patel writes. “We are not looking for another love so much as another version of ourselves.”

That’s why the Scripture calls us to beware our own vulnerability. That’s why the Scripture tells husbands and wives to maintain sexual union with one another. It’s not because sex is an appetite that must be filled but because sex can connect us to one another, reminding us who it is that we are called to love and to serve. That requires, though, that one sees oneself crucified with Christ, alive in him. It requires that one sees an accountability to something, Someone, greater than even one’s marriage vows. And it requires that love is not a means of making oneself great but a means of pouring oneself out for another. It means that one must see that the arena of marriage is not a mirror but a cross. 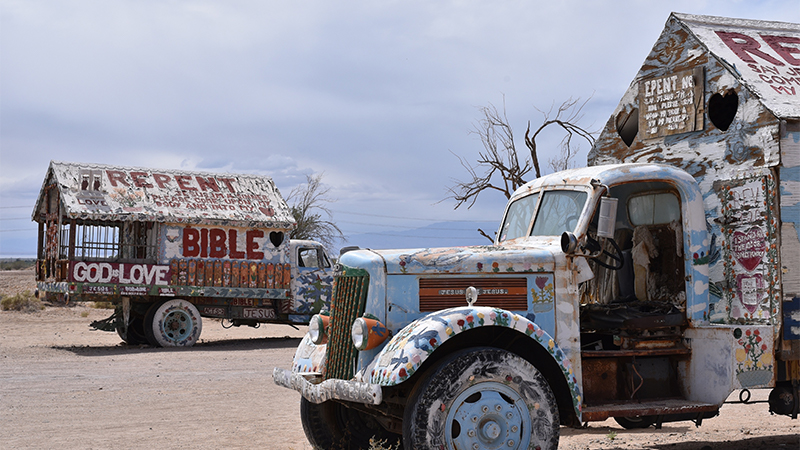