I usually pay little attention to bumper stickers, especially those posted on social media. Last week, though, I found my ire raised by a photograph posted online by journalist Kelsey Dallas. The image featured a car at a post office near her, placarded with the message: “If Jesus Had a Gun, He’d Still Be Alive Today.” My first reaction was to roll my eyes and sigh, “Jesus is alive today.” After a while though I wondered if this bumper sticker might be about more than just a silly slogan. Maybe it encapsulates something frighteningly true about American evangelical Christianity.

Some would say that the bumper sticker isn’t meant to be biblically or theologically accurate. The driver is attempting to make known his views on gun control. I probably agree with the driver, mostly, on his views on that subject though I lack his passion for it (and recognize that many good people hold differing views from mine for good reasons). If one were to ask this motorist, probably a professing Christian, about the message on his car, he would probably wave the discussion away and get to the point: guns shouldn’t be outlawed. The message about Jesus was just the means to the end of the main point: a political argument.

In our time of political religion, passionate intensity is reserved for the “important matters,” which are inevitably political. Who cares if one misses the point of the Bible, as long as the message props up the slogan? Often even the “theological” debates Christians engage in, mostly now via social media, aren’t actually about God or the gospel, but about the identity politics of seeing “our side” as better than some other group. In those debates, what is being defended is not Christ and his church but “Christians”—sociologically and politically defined.

We can tell what we care about by what prompts us to lament or to anger. Our ancestors of old were angered by the loss of their land and their temple to foreign conquerors, but weren’t angered at all by their own placing of idols within the temple of God (Ezek. 8:1-18).

Jesus is not triggered by the all-consuming passions of the arguments around him.

Jesus, on the other hand, is not triggered by the all-consuming passions of the arguments around him—whether one should pay taxes to Caesar, whether the Pharisees or the Sadducees were right. He certainly wasn’t angered by his own treatment by those around him. But he was visibly enraged by those who would wall off the temple or the Bible from those seeking God (Matt. 21:12-17; 23:1-36).

A stupid bumper sticker is a stupid bumper sticker. I wouldn’t even mention it if the only problem here was that the combination of biblical illiteracy with temporal obsessions too often sums up American evangelicalism. The problem is that the message of that bumper sticker often does too. The idea is that Jesus would not have been victimized had he just had the power to defend himself.

And yet, that assertion is what Jesus repeatedly refuted. No one took his life, he said; he willingly laid it down (Jn. 10:17-18). The Apostle Peter agreed with the sentiment of this bumper sticker, taking a sword to the head of the guard attempting to arrest Jesus. Jesus rebuffed his disciple. Who needs a sword when one could call twelve legions of angels (Matt. 26:47-56)? Jesus was not overwhelmed by someone else’s power. He was showing us what power is—the power of the cross that seems weak to the world. Indeed, Jesus told Peter that the power he sought to hold back his enemies would ultimately consume him (Matt. 26:52).

More importantly, Jesus knew what the real crisis was, and is. The crisis was not the threat of external harm. The crisis was a world under the just condemnation of God. The resolution of this crisis could not come from human effort, but from the sacrifice of the Lamb of God. Peter thought his biggest enemy was the Roman Empire. Jesus could see past the Roman Empire, to Satan falling like lightning from heaven.

American evangelicalism is old and sick and weak, and doesn’t even know it.

American evangelicalism is old and sick and weak, and doesn’t even know it. We are bored by what the Bible reveals as mysterious and glorious, and red-in-the-face about what hardly matters in the broad sweep of eternity. We clamor for the kind of power the world can recognize while ignoring the very power of God that comes through Christ and him crucified. We’ve traded in the Sermon on the Mount for slogans on our cars. We’ve exchanged Christ the King for Christ the meme. And through it all, we demonstrate what we care about—the same power and self-leverage this age already values.

Often our cultural and moral and political debates are important. Offering one’s opinion is fine and good, sometimes even necessary. But if our passions demonstrate that these things are most important to us, and to our identity, we have veered into a place we do not want to go. The most important word we have for the world around us, and for the soul within us, can indeed fit on a bumper sticker: “Behold, the Lamb of God who takes away the sin of the world.”

And, I might add, he doesn’t need your gun. 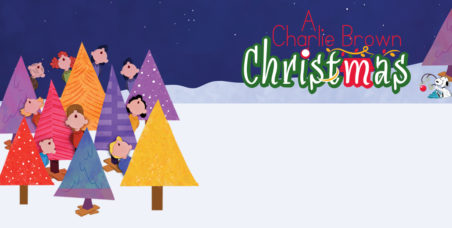