In this episode of Signposts, I talk about my approach to writing. From keeping track of ideas, to writing books and articles, this podcast offers you a look at the whole process. You can find the full transcript and links to subscribe below.

We’re about to take a little break here in the summer here on Signposts. I’m going to take a few weeks as I’m writing a book to really concentrate and give my attention to this book. As I was thinking about that, one of my colleagues said, “You should talk about on Signposts how it is that you write.” And I have to be honest, I’m really reluctant to do that because I said “Nobody cares how I write, first of all, and second of all I certainly don’t commend to anybody else my particular way of writing.” But he said, “There may be some people who can benefit from that as they’re thinking about how to write for themselves.” And maybe so.

Because you are probably going to be called upon to write something at some point in your life. It may not be that you’re a writer, but you may have to write a loved one’s obituary. Or you may have to write a letter to a child or a family member. All of us are going to have to put down on paper or on the screen our thoughts at some point. Some people just do it much more extensively than other people do it.

So here’s kind of the process I go through. And again, I don’t commend it to anybody at all. This is just the way that I work. What I wish I could say to you is that I sit down and make out an elaborate outline, and then have note cards in front of me, and I go through each of note cards. That’s not how I work. What I have to do is spend a lot of time, first of all, reading in whatever area I’m going to be writing in, and then a lot of time just processing that. So just thinking. A lot of the most important writing time for me actually is not in front of the screen, it’s walking in the woods. Because that’s when I’m thinking through “Okay but what about this, and what about that, what about this idea, and what about that idea,” and sort of churning as I’m thinking through this. And for me, exercising – especially sort of meandering free exercising – is what helps to put all of that together for me.

I also like to keep with me a little notebook because there will always be those moments where something will just flash. I’ll be reading in Scripture devotionally and something will hit me – “I haven’t considered that, that’s important for whatever this thing is I’m writing.” Or I may be sitting in a wedding somewhere and something hits me. So I want to have something that I can quickly jot something down about whatever it is that I’m thinking. Then just continue to churn and continue to think about these things. Then when I sit down to write what I typically want to do is to spend some time balancing writing what’s down on the page, usually these days in my study at home, with sort of pacing around the floor. So if you watched me – I would never want any one watching me. I have a couple of friends who will sit there and write while they’ve got people around them. That would be disastrous for me, because I just jump up and pace around the room, sit down and write a little bit more, jump up and pace around the room some more. It’s a really sort of neurotic thing to watch that I wouldn’t want anybody to see.

But as I’m writing things down, I have to have huge periods of solitude interrupted by short bursts of community. So what I need to do is to talk about what it is that I’m writing about, not all the way through, but in certain little bursts. So I’ll gather a group of friends together and just say “Hey, this is what I’m thinking about. Does this make sense?” Or I’ll call my friend David Prince on the phone and say “Hey, what do you think about…” and just start talking about what it is that I’m writing. Or my wife and I might go for a walk and I might talk to her about what I’m thinking through. That helps me to break out a little bit of the solitude in order to test out ideas. But I have to have this solitude.

So, often when I was at Southern Seminary I would drive down to Gethsemane Abbey in Kentucky, the place where Thomas Merton was a monk, and I would go there because I could just wander in the woods completely silent and quiet there. I could think things through, and then I could come back into the Abbey and write down the sorts of outlines of things that I thought about. I may be there all day and then get in the car and drive back and I’ve got the time driving also then. So usually it is better for me, it’s better time spent if I would take however long it took to drive to Gethsemane Abby, all day there, and however much time it took to come back. Even if I didn’t put anything on the page that whole day, that’s not a day lost because it’s all then uploading. And then I come home and I’m able to write.

It’s also true for me that I can’t write little dribbling out amounts in any sort of continuous way. So if I’m writing a book, I just can’t write a paragraph on a plane and then another paragraph in between meetings. I’ve got to write continuously and the flow of thought really can’t be broken away or interrupted. Now, you may be different. And it may be that the way that you write is best in terms of just planning out “I’m going to write a paragraph every morning” or whatever. If so, good for you. I wish I could do that but that’s not the way that I operate. That’s not the way that I do things.

That’s different when I’m writing a book from when I’m writing a short article like a blog post or something. In that case, what I need is a dose of adrenaline. So what I need is for something to either make me angry or make me really, really happy where I just simply have to express it. I was telling that to a friend one time and he said “Really? Angry? Because almost none of your writing seems angry to me.” And I said “Well, that’s because the anger for me is a sense of provocation. It’s not what I then use to actually write the article.” So I may become really angry or grieved about something, but then I’m going to work through “Yeah, but why would somebody do this? Why would somebody hold to that view?” And then when the adrenaline hits I usually just sit down and just write the blog post altogether, in sometimes just a few minutes. But because it’s all there – whatever’s in the background has been fueled up with the adrenaline and then there it is.

The other kind of writing though that I find really beneficial is something that you’ll never see. It’s something that actually I heard recommended by a podcast host, Brian Koppelman, who is a filmwriter and producer and he hosts a podcast that I love called “The Moment.” And he recommended something called morning pages. As a matter of fact, he just mentioned “morning pages” one time on the program. And I didn’t even know what it was, so I Googled it. And I found out that morning pages is something recommended by this book “The Artist’s Way” which I then ordered and read. I don’t endorse everything or even most of what’s in that book. A lot of it is really New Age-y and sort of spiritually therapeutic sort of stuff. But there’s some really helpful stuff in there too that you can sieve out.

And one of those things was the idea of morning pages. And basically what it is that you get up first thing in the morning and you write 3 pages that no one is ever going to see, that you’re not going to look at at least for a long period of time. Where you can make all the mistakes and errors and you can just “stream-of-consciousness” write. And at first I thought, “That is going to be a total waste of time.” But I did it, and it was really helpful to me. Because when I would sit down first thing after waking up and just start writing, and not know where I’m going to go, I could find out some of the things that were actually burdening me at the time. Maybe some of the things that God was working on in my life. And so in doing that, I’ve kind of been able to find things to have more gratitude about. I’ve found some some sins to repent of. There are some things that I thought that I had forgiven, that when I’m doing these morning pages I realize “Wait a minute, if I’m still talking about this in this stream of consciousness way, then maybe I haven’t forgiven this.” All sorts of things have sort of come out of that, and it just kind of primes my brain to be able to think through other things during the day.

And then also, no one’s going to see it. You know, sometimes when I’m keeping a journal I’ve always got in the back of my mind “My kids are going to one day be reading this,” and I want to sort of put my best foot forward for my kids. This does away with the temptation toward that kind of performance or that kind of mask. Now obviously, I’ve got the notebook on my desk, and I could drop dead of a heart attack today and my kids could read the morning pages. But that’s not what’s in your mind as you’re doing it. So that’s helpful for me, and may be something that you enjoy or something that you don’t, but it has proven to be a source and a catalyst for a lot of things that I have later written about or preached about or talked about later on.

We’re going to take a few weeks off here on Signposts, and then we’ll be back coming into the fall with many new episodes of Signposts, including some things I’m really excited about right now that I’ll tell you about later. So have a good time, have a good summer, and we’ll reconnect afterwards. 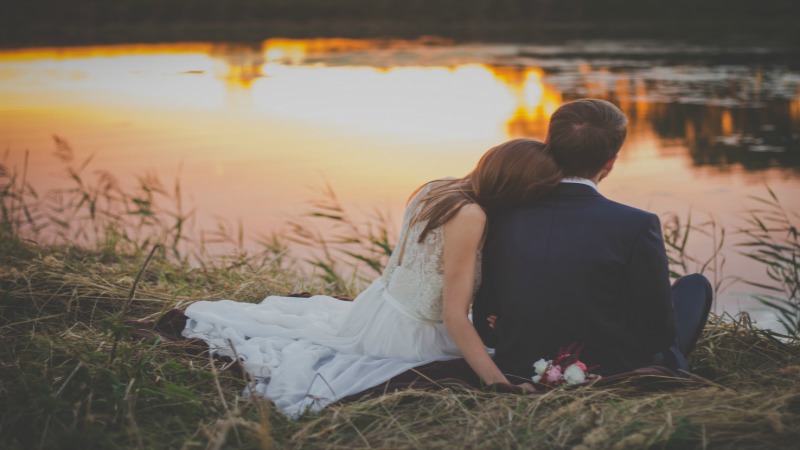 Will a Happy Marriage Prevent an Affair?